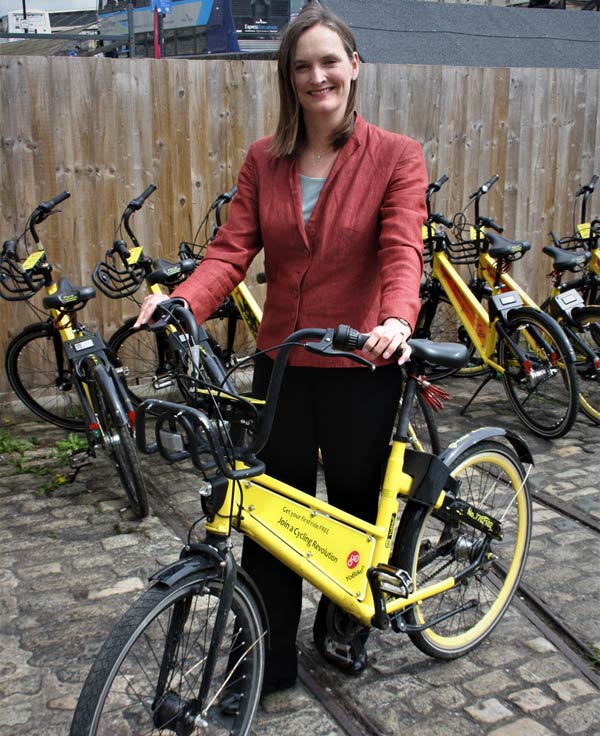 Angela Terry is the founder of One Home: Positive Solutions, the UK's first one-stop shop on climate action providing independent advice on adapting to and preventing global warming.

Angela is an environmental scientist with over 25 years' experience in renewable, clean energy; including on-shore wind, hydro, solar and biomass (organic) schemes.

She regularly appears in broadcast and print media explaining eco science in language everyone can understand.

Angela writes the weekly Going Green column published in National World's 172 national, regional and local print and digital titles. Her work with The Sun's Green Team won Campaign of The Year 2020 in the News Media Association's Making A Difference Awards.

Knowing what steps to take to save the planet can appear complicated and expensive. As a mum and a consumer Angela can explain the small changes every family can make to cut their carbon footprint and even save money in the process.

One Home is a founding partner of the global initiative Count Us In. This aims to mobilise one billion people around the world to take simple, practical steps to reduce carbon pollution and challenge leaders to act boldly to deliver global change.

Angela is one of the original pioneers of community renewables, developing schemes including Westmill Wind Farm Co-op, the first community-owned wind farm in the South East of England.

She has worked in sustainable forestry as Head of Wood Fuel for the Forestry Commission and contributed to the development of the UK Renewable Energy Strategy. She also worked as a carbon scientist in New Zealand.

Angela's strong belief is that our changing climate is the biggest and yet the most understated issue we face as a society.

Public opinion is undoubtedly in favor of clean energy as are businesses, institutions and charities up and down the country. The solutions for a swift and drastic shift to a low carbon economy already exist.

What is missing is the will to make the change to protect our way of life.

Clean energy transition will only happen through leadership. In businesses, schools, communities and councils working in collaboration and with the right determination.